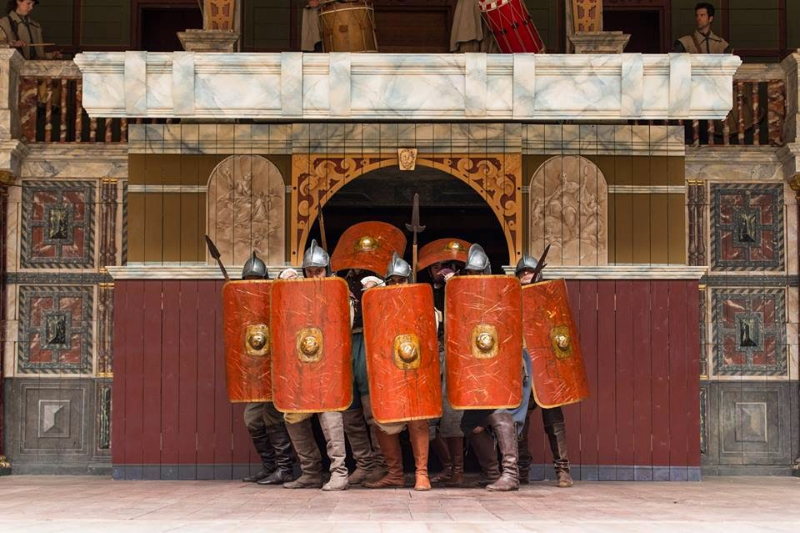 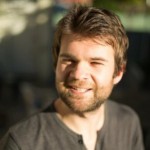 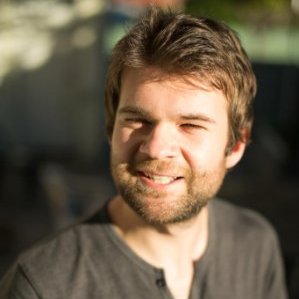 Julius Caesar is dead, murdered at the hands of his compatriot and friend Brutus, and his cohort of conspirators. As Caesar staggers to the ground, his robe drenched in ribbons of thick red blood, his ambition is destroyed, taken up instead by the men who wear his blood about their sleeves. 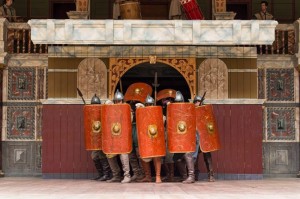 William Shakespeare’s Julius Caesar concerns itself with the grand ambition of humans, of their unfailing desire for conflict and power. Inevitably, then, there is bloodshed. Shakespeare peppers Julius Caesar with plenty of death, including the dismemberment of a poet on the streets of Rome. Despite this morbid fascination, however, Julius Caesar isn’t as grotesque as it might sound. It instead delves more deeply into the political spin of the men whose aspirations take hold of them in light of Caesar’s death.

Directed by Dominic Dromgoole, Julius Caesar here plays rather conservatively. It isn’t overly adventurous in its production, preferring the power of the script over any interesting visual interpretations. Indeed, this production advertises its use of “Renaissance costumes and staging”. Some creative licensing would have been preferable, although the confines of the Globe Theatre don’t seem to allow for anything as ambitious as some other Shakespeare productions (think Peter Brook’s 1970 production of A Midsummer Night’s Dream, for instance).

As a play itself, Julius Caesar doesn’t have the same vibrant humour as his famous comedies, nor the same brooding, psychotic intensity of tragedies like Macbeth. Yet its portrayal of dangerous political tongues is fascinating, and gains plenty of relevance today. We might draw parallels with the Arab Spring uprising of recent times. These political coups look ostensibly for “Peace, Freedom and Liberty” but regrettably lead to further bloodshed. Shakespeare explores this paradox in Julius Caesar to good effect.

Tom McKay and Luke Thompson, as Brutus and Mark Antony respectively, are both excellent. They have the most to do by far, and Thompson especially brings a great intensity, while still being capable of a humorous turn of phrase. Deserving a mention, too, is George Irving as Caesar, who is lyrical and eloquent in his execution.

Julius Caesar is worth seeing just for the experience of the theatre, however, Dromgoole’s production is assured and effective. Without pushing the boundaries of what a Shakespeare production might be, it proves that the playwright’s immutable and ceaseless words can still hold sway.

Julius Caesar is at Shakespeare’s Globe until 11th October 2014, for further information or to book visit here.