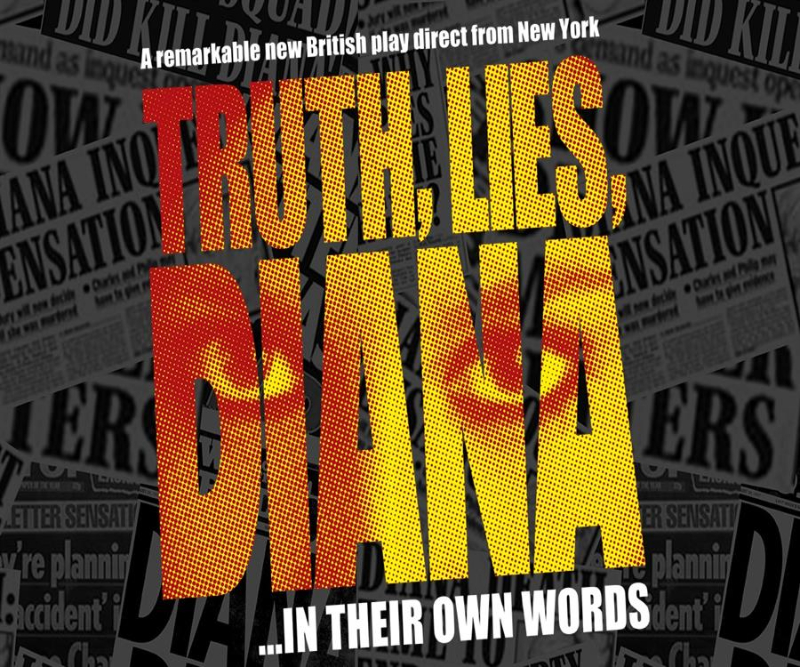 Truth, Lies, Diana is a newish play by Jon Conway that uses the voluminous forensic investigations of Australian John Morgan to shed new light on the scandals surrounding the life and death of Princess Diana. It eventually suggests that she was assassinated in the ambulance on the way to the hospital. Unfortunately, the team seem to be so caught up in the controversy of what they’re saying that they forget to make a good play. Leaving aside discussion of the veracity of the content, it cannot be recommended based on its virtues as a piece of theatre.

Conway – who also takes the lead role as Ray, an autobiographical character – boasts in the play and programme that he has written 400 pantomimes in his career. An impressive claim, and a believable one, because Truth, Lies, Diana feels like a pantomime that is taking itself too seriously. The style permeates through the writing to the very core of the play. The main character is Buttons, who’s allowed to interact directly with the audience, ask for their responses and slip into old-style stand-up comedy. The bad guy, who we are told represents all aspects of the establishment, is so much a villain that he provokes booing from the audience. There’s even a good fairy and a bad fairy in the forms of Morgan and Gina the evil journalist.

It is difficult to ascertain whether the play would be better off embracing the panto in its blood and rebrand, or to try and eliminate it either through redirection or rewriting. Either way, the current mix does not work. The performances feel on the level of farce too, which is fine if that’s what Conway is going for, but this way he struggles to deliver a serious message and tragic drama. Truth, Lies, Diana may well have been interesting if it had managed to be more engaging.

Truth, Lies, Diana is on at Charing Cross Theatre until 15th January 2015, for further information or to book visit here.