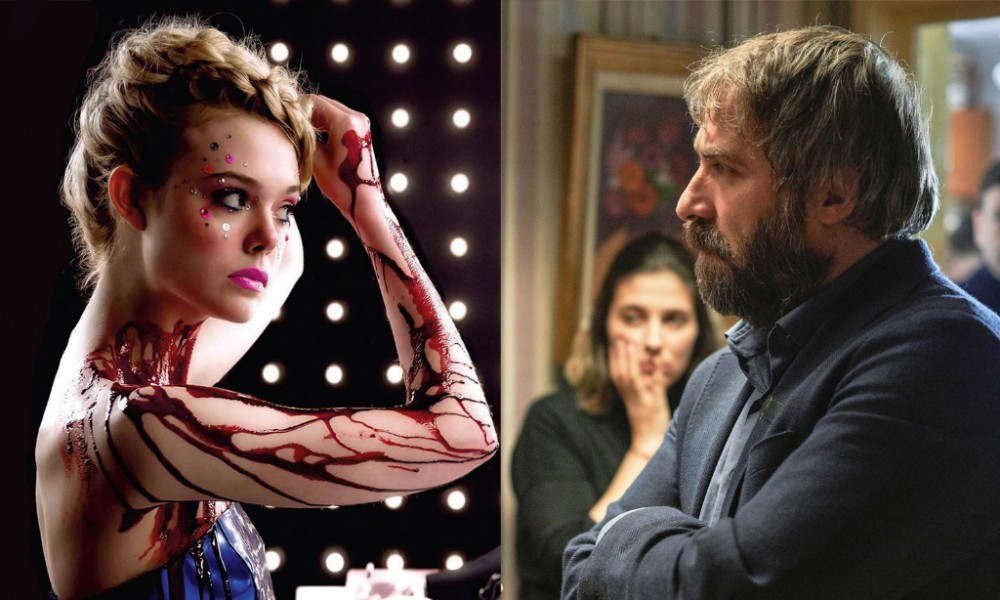 Cannes Film Festival has lived up to its fame for the 69th time: the 2016 edition has granted us a whole spectrum of emotions and experiences. The great mix of mainstream and arthouse, ranging from European, North and South American, Asian, Middle Eastern, all the way to the Pacific, had a truly global feel.

Female empowerment, sexuality, a fair number of on-the-road movies and a tendency to address timely political issues have characterised the very diverse programme. With a selection pleasing both the crowds and the film buffs, a good balance between famous auteurs and first-timers made this year’s festival all the more exciting, with some pleasant surprises as well as a few disappointments.

The Cannes selection doesn’t come without a healthy amount of controversy and heated debate; meanwhile, on the other side, the red carpet has been as spectacular as usual. Of course, few festivals don’t involve endless queues and fanatical rushes to get into the most popular films, but then that’s the price you pay to watch exceptional films on the French Riviera. Here are our predictions for tomorrow’s ceremony and the highlights from our festival days. The critics’ favourite appears to be Maren Ade’s Toni Erdmann, but Cannes history has proven polls to be misleading. The jury should see beyond the (amazing) creative self-indulgence of The Neon Demon by Nicolas Winding Refn, despite the cutthroat reactions it has sparked, and praise its daringness and dumbfounding allure. Provocative, merciless, and self-assuming till the end, the Danish wild child’s craze is a beast of a film.

Having learnt somewhere the recipe for making cult film, Jim Jarmusch and his haiku Paterson deserve to be crowned as a homage to an unequaled auteur and to a perfect little film that teaches you how to watch it as you watch it.

Known for his role in the TV series Girls and more recently seen armour-clad in Star Wars, Adam Driver’s role in Paterson by Jim Jarmusch is definitely his best performance yet. Heart-warming and concealing an involuntary wisdom in his tranquil character, Driver acts with the same unshowy but essential charm of simple things.

Isabelle Huppert in Paul Verhoeven’s Elle is astonishing: the dryness and impenetrability of her character is impeccably rendered. Shameless, bitter, tongue-in-cheek, Huppert’s performance hits the highest points in this year’s strongly female-driven selection.

The pleasure of seeing our basic needs acknowledged (read: so much free coffee), animated debates about crowd-splitting films, the moment when queueing for two hours started feeling normal, Iggy Pop recalling his wild days during the most entertaining press conference ever, being handed a zombie survival kit just before a screening, and walking up to Jim Jarmusch just to shake his hand and tell him he’s always been the best (true story).

Toni Erdmann is the favourite. But I think Aquarius has a chance: subtle, excellently crafted and ultimately rousing, the film tackles both family disputes and the perils of unfettered globalisation in modern Brazil with élan and warmth. Not as thorny, difficult and divisive as some other entries, Klever Mendonça Filho’s picture may just connect with the Cannes jury and take the top prize.

Sean Penn. Only joking. For the arbiters of style, Nicolas Winding Refn is fancied for the director gong. But Cristian Mungiu should be acknowledged for his work on Bacalaureat (Graduation). A large, complex, nuanced story is cleverly wrought by the Romanian auteur. His obsession and precision is widely known, asking actors to commit to up to 30 retakes per scene. The results are accordingly enthralling. Mungiu expertise is evident throughout, and one particular scene containing a teenage girl and a police line-up is a lesson in assured direction.

A long shot, perhaps, but the jury could do worse than pick Joel Edgerton for the actor award. He is excellent alongside Ruth Negga as the Loving couple at the centre of Jeff Nichols’s race historical drama. Edgerton is appropriately restrained, taciturn and tight-lipped as the husband, Richard. Almost permanently hunched and seeking privacy, Edgerton’s performance echoes Heath Ledger’s turn as Ennis Del Mar in Ang Lee’s Brokeback Mountain. Richard’s muted dignity holds the story together, and Edgerton gives probably his best career performance.

This was a fruitful year for female leads. Not a popular choice, but Adèle Haenel was captivating in the latest Dardennes entry, La Fille Inconnue (The Unknown Girl). Many critics saw the film as a middling effort by the brothers’ high standards, and some thought Haenel’s performance, as persistent doctor Jenny Davin, was unsatisfyingly glacial and opaque. But I found her riveting, providing an expert channeling of medical professionalism and contained disappointment. Jenny is not particularly friendly, but her duty of care to her patients is implicit in almost every action and expression, even in distress. Haenel imbues the role with credibility and intelligence. The jury should consider rewarding this.

Sieranevada. Claustrophobic, expertly choreographed and entirely absorbing, Cristi Puiu’s entry to the festival is a supremely intelligent family study in Orthodox Christian, post-Ceaușescu Romania. Nearly three hours can barely fit in the dense, complex cast of characters, as various family members filter in and out of a tiny, cramped apartment during a memorial service for the erstwhile patriarch. Both dramatic and hilarious, the film set the tone for what has been by and large an excellent Cannes line-up.

Getting up very early, not eating, not drinking water, going to sleep late, queuing, know-nothing critics, and the general smugness which dominates the festival.