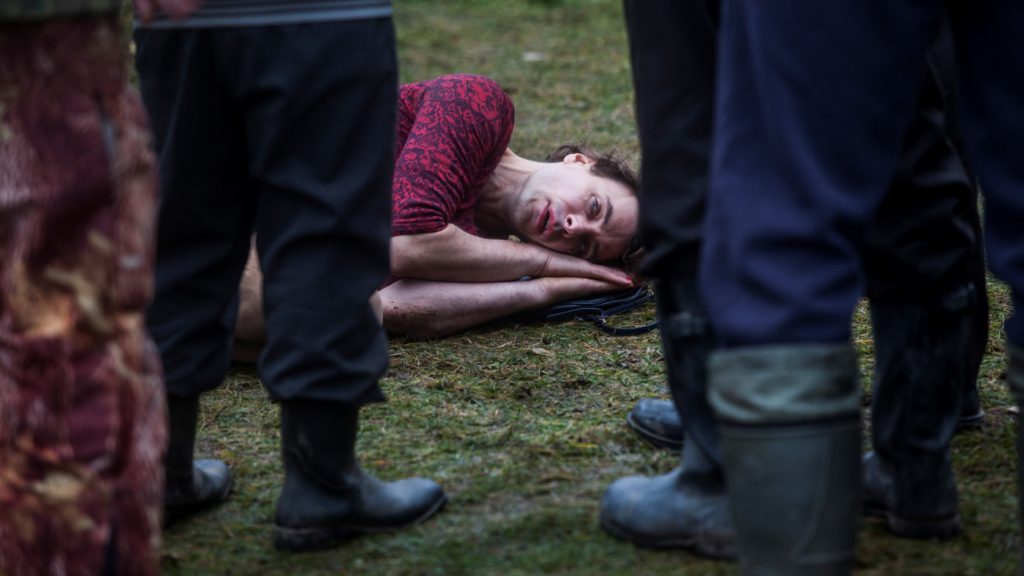 Venice Film Festival 2018: The Man Who Surprised Everyone | Review

After hard-working family man Egor (Evgeniy Tsyganov), a state forest guard in the Siberian Taiga, discovers he has cancer and only two months to live, he decides to dress as a woman in a last-ditch effort to cheat death – a decision that doesn’t sit kindly with his wife (Natalya Kudryashova) and fellow villagers. This is the premise of The Man Who Surprised Everyone, the latest project from husband-and-wife directing duo Natasha Merkulova and Aleksey Chupov.

Based off memories of Merkulova’s childhood growing up around the Taiga forest and the legend of a man who cheated death by changing his identity, the film is a clear attempt to challenge perceptions of masculinity within a less progressive community. While this is a worthwhile message in itself, the movie is unable to say anything substantial with it, often resorting to shock tactics in lieu of offering any sort of solution or lessons in morality we don’t already know.

The problematic nature of the handling of these issues is only further muddied by stripping Egor of all agency after he dons his dress and tights. Without uttering a single word after this point, he is transformed not into someone actively challenging masculinity, but an empty vessel and both literal and metaphorical punching bag for the village’s prejudices. Moreover, while the cross-dressing is used as a catalyst for discrimination, the protagonist’s reasoning for doing so undermines the entire picture: he’s not openly challenging convention to become his true self, but simply wearing a costume to continue living as a hyper-masculine male.

In spite of the feature’s mixed messages, however, the directors have once again proved themselves as accomplished filmmakers by creating a stunning piece. Each shot is carefully framed in order to fully capture the beauty and bleakness of the rural community and dense forest, as well as to ground the violence and force viewers to confront the sheer ugliness of it. The auteurs also understand that less is more when it comes to the soundtrack. By bookending their picture with a haunting vocal piece – the only use of nondiegetic music – it places the narrative in a realm of Otherness that accentuates the violence.

The Man Who Surprised Everyone is a surprising and bold film that approaches an important issue in a unique way. It’s disappointing that it wasn’t able to make a bigger statement.

The Man Who Surprised Everyone does not have a UK release date yet.

For further information about the event visit the Venice Film Festival website here.