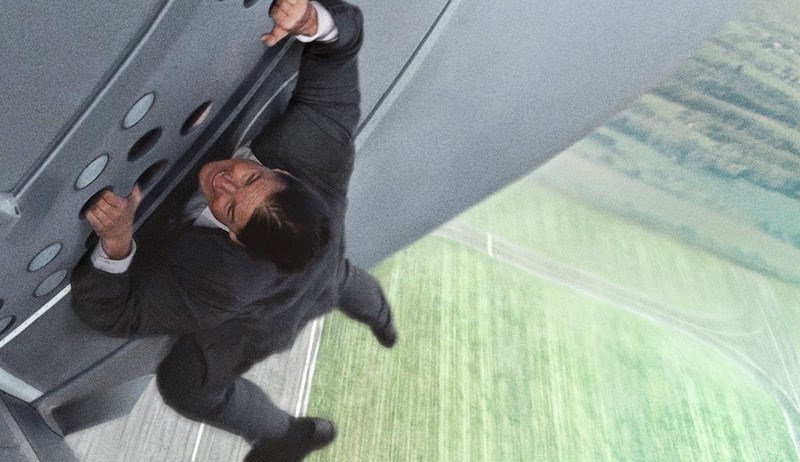 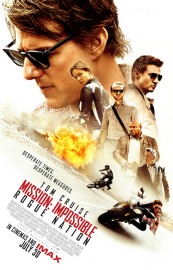 For a franchise that is as prolific as Mission: Impossible, it is difficult to imagine a viewer not having some preconception of what they will be in for with Rogue Nation. In that spirit, fans of the series will not be disappointed; ready yourself for a romp through a series of methodically linked, highly stylised and inventive set pieces involving a talented cast and a seasoned directing hand. Just be prepared for some monumental logic leaps and a movie that, despite the thematic predication on danger and high stakes, is actually quite safe.

The Impossible Mission Force (the franchise shows its age whenever the acronym is said in full) is disbanded by the United States Cabinet at the behest of CIA Director Hundsley (Alec Baldwin), following a prolonged period of the IMF trying to track a hitherto unidentified threat known only as the Syndicate. Hundsley decrees that Ethan Hunt (Tom Cruise), IMF’s top field agent, is to be “brought in” as the dissolution of the IMF now retroactively means Hunt’s previous activities become a violation of security protocol (logic leap one). Hunt must prove the Syndicate’s existence and foil their schemes whilst evading capture by his own government. To achieve this, he enlists endearing boffin and best friend Benji (Simon Pegg) and Ilsa Faust (Rebecca Ferguson) , a British operative with recondite motivations possessing skills and abilities that are on par with Hunt’s own.

Admittedly, large portion of the film is spent listening to the competent and likeable cast deliberate extensively about why the next absurdly complicated and esoteric action sequence needs to happen. This is not too damning a sin, however, the stunts themselves are almost worth the price of admission: the heavily marketed “plane sequence” is by no means the only one worth highlighting. Director Christopher McQuarrie knows how to control the ebb and flow of the action, keeping up the film’s brisk pace whilst lingering over the more visually impressive shots. However, the irony of Mission: Impossible is there never seems to be a point where Hunt’s victory over the Syndicate is genuinely in question; there is always some implausible conclusion drawn by the cast or some techno-MacGuffin that resolves the issue. Regardless, there is an enjoyable ride to be had with Mission: Impossible – Rogue Nation. You just need to be willing to let go of the wheel.