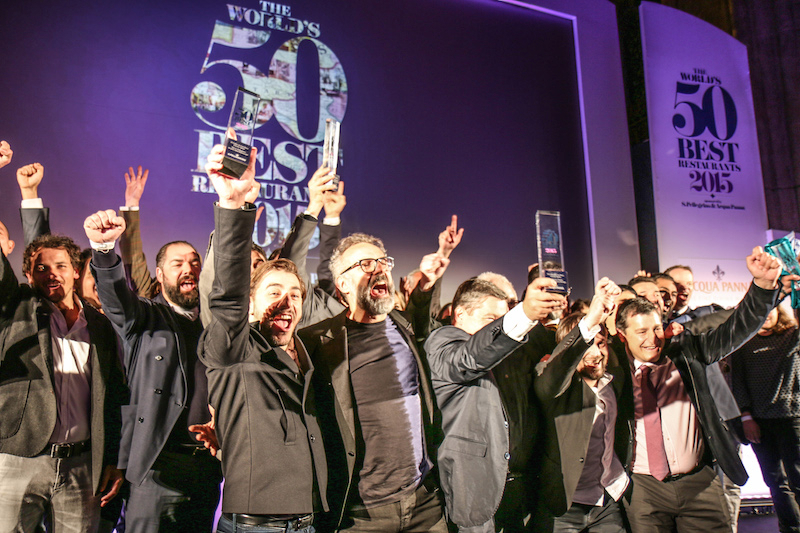 The World’s 50 Best Restaurants has announced the 2016 list of restaurants ranked from 51 to 100 ahead of its annual awards event, which is taking place on June 13th at Cipriani Wall Street in Manhattan, New York

This year’s 51-100 list boasts 15 new entries from restaurants across the globe including Chef’s Table at Brooklyn Fare in New York, Burnt Ends in Singapore and Moscow’s Twins. Not only is fresh talent making its mark on the list but multiple mainstays have retained their presence including London’s St John and Paris’ L’Atelier Saint-Germain de Joël Robuchon.

With nine restaurants in the 51-100 list, including three new entries, the USA has multiple reasons to celebrate. This year’s awards host city, New York, sees five restaurants appear on the list including Thomas Keller’s Per Se at No.52, Daniel Boulud’s Daniel at No.71 and newcomer Cosme at No.96.

France boasts eight restaurants in the 51-100 list, including two new entries: Epicure at No.69, headed by Eric Frechon, and Yannick Alléno’s Pavillon Ledoyen at No.72, both located in Paris.

Belgium, Spain and the UK celebrate three restaurants each with The Jane in Antwerp claiming the highest new entry spot at No.54. Lyle’s in London enters the list for the first time at No.65 sharing its ranking with Australia’s Brae, whilst Spain’s Nerua climbs the list by 13 places to No.55.

Germany, UAE, Australia and Brazil claim two places on the list each. Latin America’s 50 Best Restaurants 2015’s Highest New Entry, Lasai in Rio de Janeiro, enters the World’s 51-100 list for the first time at No.64. Australia’s Brae climbed up the list 22 places from No.87 while Germany’s Die Schwarzwaldstube in Baiersbronn re-enters the list at No.88. Dubai’s Zuma ties with new entry, Benu in San Francisco at No.89.

The 51-100 list recognises 21 countries around the world across six continents and, along with The World’s 50 Best Restaurants, provides an annual barometer of the greatest gastronomic experiences across the globe. The awards signify an annual celebration of global gastronomy, recognising restaurants around the world for their culinary creativity and talent.