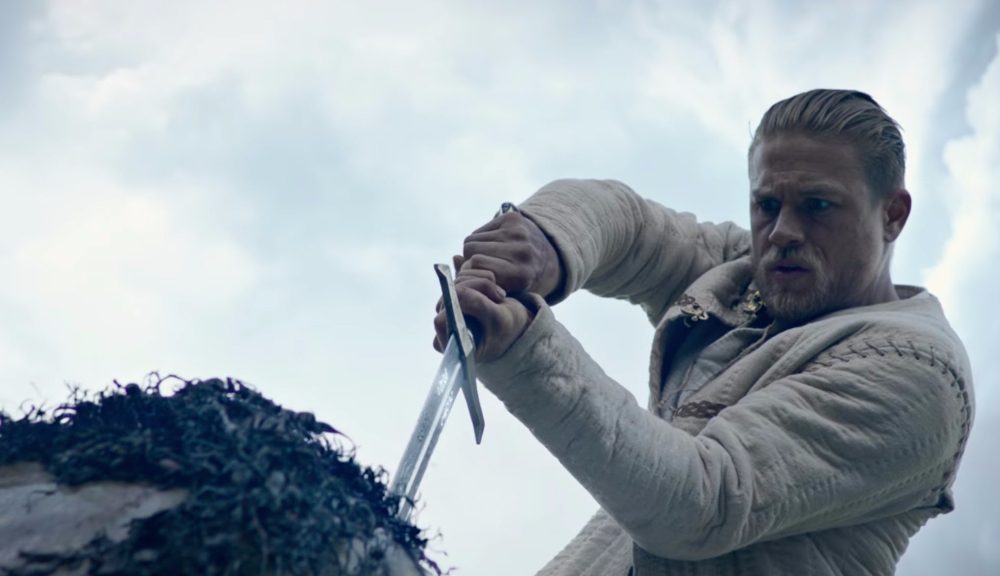 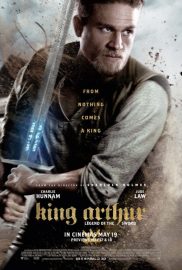 Back once again, the director of classics such as Lock, Stock and Two Smoking Barrels, Snatch and the Sherlock Holmes adventures brings us another thrilling cinematic endeavour. This time it’s the legendary tale of King Arthur and his Knights of the Round Table. Guy Ritchie has drowned the story in his artistic influences and the end product is a far darker visual experience. Suddenly, the filmmaker has created an entirely new universe, in which there are elephants the size of mountains and snakes the length of the Nile. The question is, does it work?

In what is expected to be the first installment of a six-feature series, King Arthur: Legend of the Sword serves as a prequel to the tales of Arthur’s reign at Camelot. From the word go, the movie throws all it can at the viewer: a mass battle, giant creatures and, of course, magic (no Merlin though, sadly). In a slightly messy prologue we are briefly shown Arthur’s childhood, and how it was torn apart by his uncle (Jude Law). After seeing Eric Bana’s screen time cut short as King Uther, “Ritchie mode” kicks in and the quick-cut montages we had eagerly hoped for begin as we watch Arthur (Charlie Hunnam) grow into adulthood. From there on in the conflict with his king uncle begins.

There is a significantly heavy reliance on CGI and special effects in the film, considerably more than in the director’s previous work, and this makes The Legend of the Sword tiresome and difficult to follow at points. That isn’t to say there aren’t scenes that increase pulses to serious speeds, however, and once the protagonist touches Excalibur there is an eager sense of anticipation over what will happen next.

Hunnam plays a charismatic and smirking Arthur very well, but unfortunately this attitude makes his character difficult to root for throughout the story. Jude Law portrays King Vortigern with a villainous touch that brings his theatrical experiences to the screen, and his performance grounds the film slightly, offering a much-needed breather from the action. There is a lack of female presence here, and this, accompanied by a wince-inducing cameo from David Beckham during the most important scene, will perhaps leave cinemagoers wondering why a movie with so much potential has failed to tick so many boxes. We can’t help but think that this cast may have achieved so much more under different direction.

King Arthur: Legend of the Sword is released nationwide on the 19th May 2017.

Watch the trailer for King Arthur: Legend of the Sword here: